Industrial designers - 3rd of 5 books on the greatest product designs

"Icons of Design The 20th Century" is the third book review of great product designs.  Industrial designers created many of the product designs in this book. There are 83 products selected and presented by 23 authors - only 5 of the authors are American and most of the rest are European. In the book's FOREWORD industrial designer and art historian Reyer Kras makes interesting comparisons between the Christian icon and the industrial icon.

Industrial Designer Kras also compares the shift within the past 10 years from the mechanical revolution to a new peak in a electronics revolution in the past 10 years. The way mechanical appliances operate has disappeared for many functions - "Certain functions...have dematerialized, vanished into the caverns of the chip, the hard drive and the digital network". His conclusion "This shift in technology has also impacted how industrial designers envision and shape electronically controlled products."

If the need to design the product - the image- disappears, will that be the end of this profession? Or will the designer be able to create an intangible context? In the future this is destined to pose one of the greatest challenges to the designer." In some ways this parallel's Jay Doblin's concern 30 or more years prior about the impact "that the combination of intellectronics and automation" would have. Maybe it is no coincidence that the Internet was the product selected for 1990 and the last product selected (for the year 2000) in "Icons of Design The 20th Century" is Virtual Reality.

The Savoy vase 1937 - Alvar Aalto - his most important contribution to 20th Century glass design and an early example of organic design.

First published in 2000 and again in 2004 this book has each object shown in color photographs with illustrations of its use. With most of the products there is a timeline description and small photograph of the designer along with a full page description of the history and significance of each product.

The format is quite similar to that of industrial designer Jay Doblin's 1970 book "One Hundred Great Product Designs". Both books are also in chronological order with the year they came out shown next to the product name. There are two pages on each product and one of the pages is a large picture (most are in color). 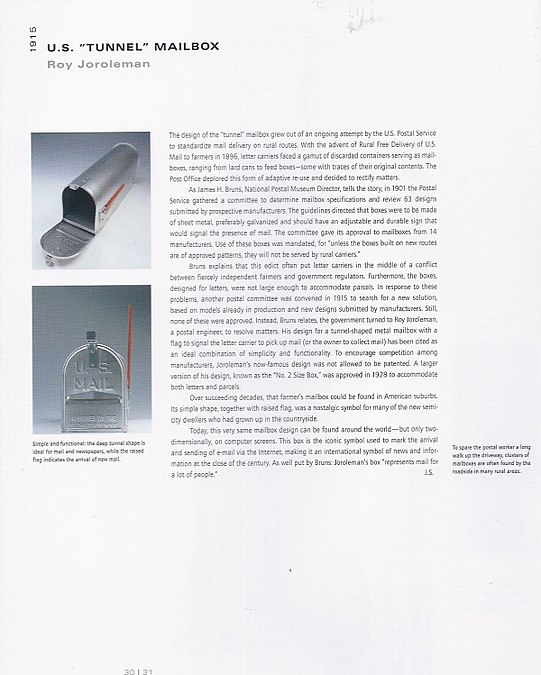 Designed by postal engineer Roy Joroleman to resolve a conflict between fiercely independent farmers and government regulators. This mandated galvanized sheet metal design is simple and functional.  The red flag lets the carrier know when to pick up mail. Formerly a variety of discarded containers served as mail boxes on rural routes.

The MicroTAC folding mechanism revolutionized the shape of cell phones

Some of the other great product icons in this book are: 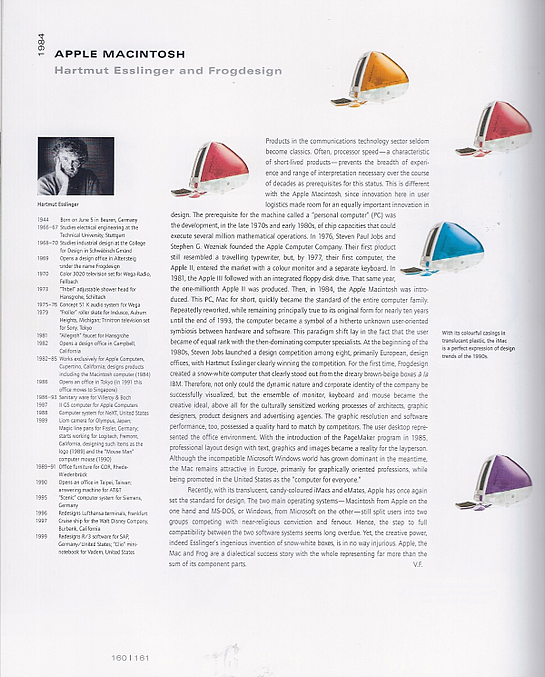 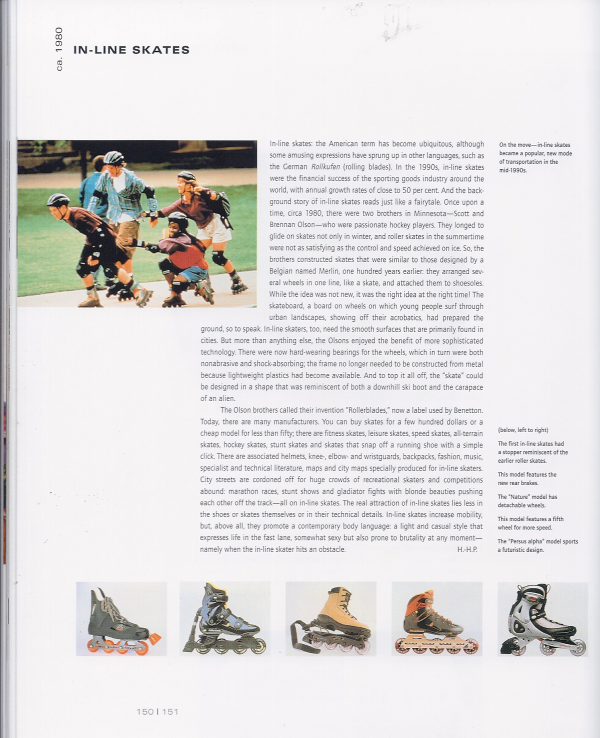 The 4th and 5th books we review on the greatest product designs have a very different format. The 4th book has nine categories of products. The fifth book goes more extensively (about 5 pages each) into the development of each of about 35 products.