At the 1930 National Airplane Model League of America (AMLA) Contest Bill Chaffee won first place with a 1:15 scale Boeing P-12B in the Senior Scale Model category. The plane is on display at the National Model Aviation Museum in Muncie, Indiana from June 1 until September 15, 2016. 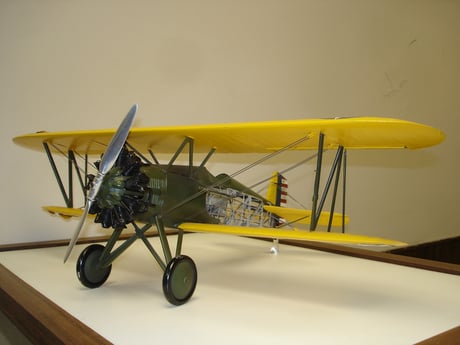 Bill spent more than 500 hours building this plane from officially AMLA approved plans. The contest rules stated the judging decisions were based on "workmanship, originality in obtaining the desired resemblance to the man-carrying ship, the exactness to which is the model is scaled and any other points which are, in the opinion of the judges, important in such a contest."

Several pictures taken at the National Model Aviation Museum in Muncie, Indiana of the Boeing P-12B model, the first place silver trophy and the Certificate of Distinction for First in the Senior Scale contest with a model rated 97 out of 100 possible points for the detail and workmanship can be seen at these two blog addresses:

Newspaper accounts noted the model "amazed veteran fliers, who viewed the model at the Statler hotel, for it was so true to exactness in every detail that it appeared to have been built at the Boeing factory". Although none of the control surfaces had to move for the contest Bill's models control surfaces did work by moving the controls in the cockpit. 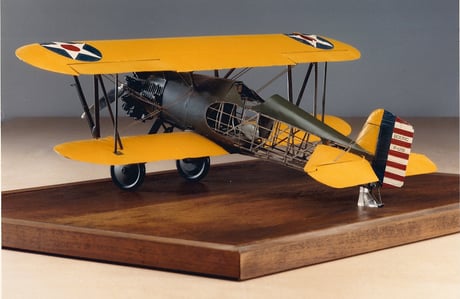 The control wires are visible through the open area on the side of the P-12B and in the cockpit. 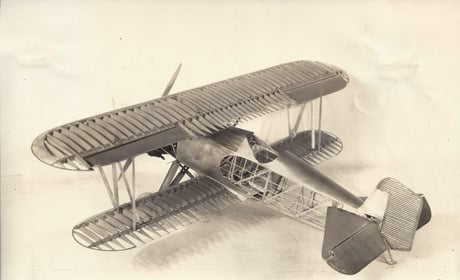 The wing structure is shown here during construction.

The score sheet had a list with 71 items that were rated for fidelity to scale (within 1/16" or 1/32") for several details in the wing, the fuselage, the tail surface, the landing gear, the engine and the location of the parts. Included in this list there were 33 individual details rated such as neatness of the joints. general neatness of the paint job, nine flanged cylinders equally spaced and located, etc. All contestants had to have accurate drawings of their plane that were approved by the manufacturer. 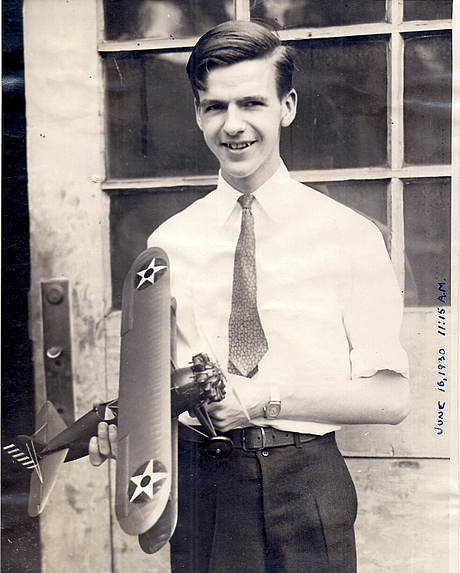 Although Bill Chaffee cashed his Airplane Model League of America first place check for $200.00 he was able to keep the check which had an original countersigned signature by Orville Wright the Chairman of the Contest Committee. 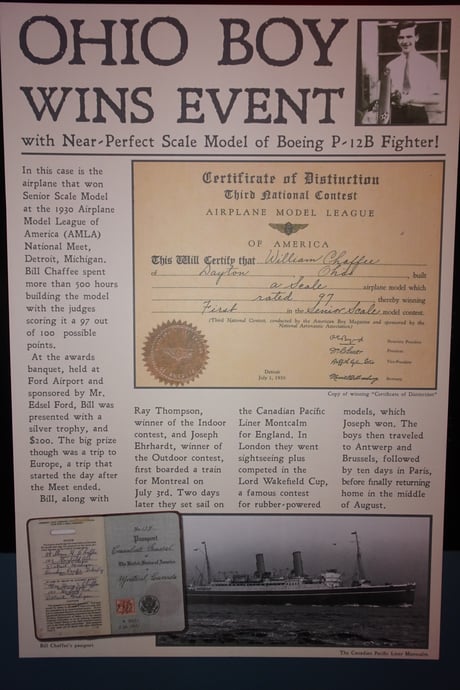 The winners of the three categories in the 1930 AMLA American Boy magazine contest won a six week trip to Europe. While they were there they competed in London for "The Wakefield Cup for International Competition" for rubber band powered fuselage models. 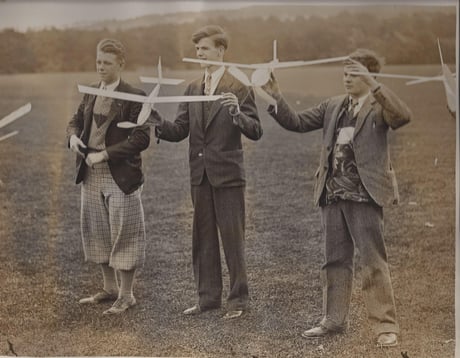 Bill Chaffee is in the Academy of Model Aeronautics Hall Of Fame. For more information about his model airplane accomplishments and career go to http://www.modelaircraft.org/museum/hoflist.aspx scroll down the alphabetical list of last names and click on Chaffee.

The Airplane Model League of Amercia in 1930 was headed by Rear Admiral Richard A. Byrd and had about 400,000 boy and girl members.

Model Builders, Inc. is known for helping manufacturers, industrial designers, institutions and individuals go from idea to reality. Take the next step by contacting us at 773-586-6500 or info@modelbuilders.net