The models are a focal point of planning and training discussions.  They provide a clear understanding of the entire process and the specific details of the parts and areas where workers will be doing upgrades, repairs and maintenance.

The Nuclear Regulatory Commission (NRC) rates each nuclear plant on radiation (rad) exposure. Training in advance of going into areas where an employee can be exposed to radiation normally shortens the amount of time they are there.  This helps employee safety and minimizes rad exposure for meeting NRC requirements. 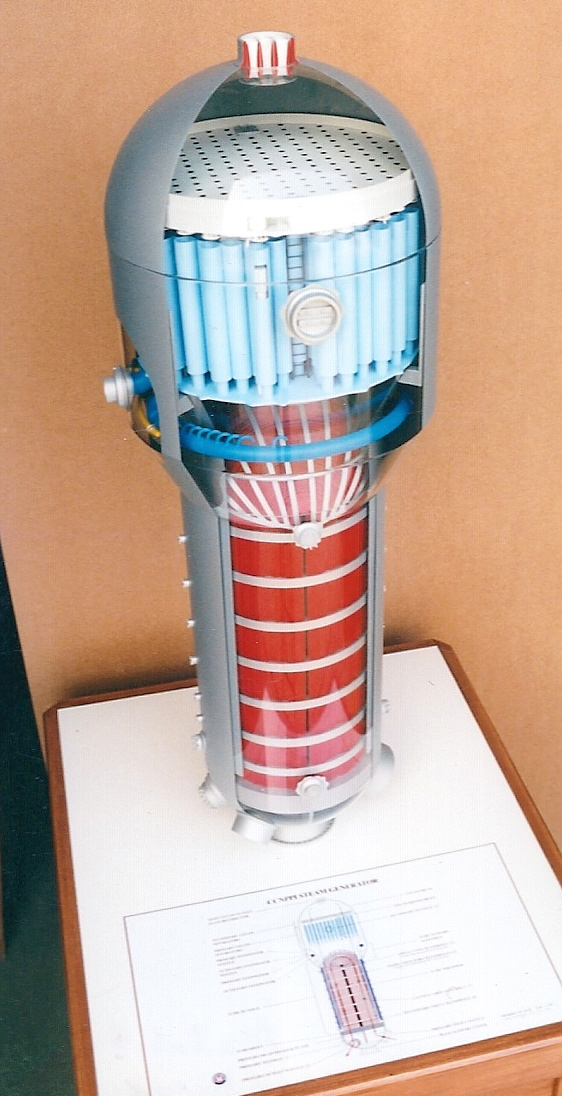 The nuclear steam generator shown above is a highly detailed training model used at Calvert Cliffs Nuclear Power Plant in Maryland. There are many features in this new model that improved training compared to the use of a prior model that had not yet been upgraded. Instead of numbers on the model and a list of numbers with the name of each part next to the model this new model uses the intuitive diagram just below the above pictured model to correlate (with black lines) the part name to the part in the model. It also uses red (hot) and blue (cold) arrows to show the process flow of the water and steam. Comprehension of how the steam generator works is quick using this cutaway model and its intuitive diagram. 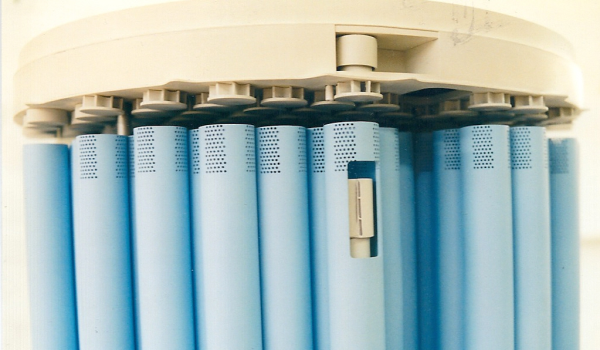 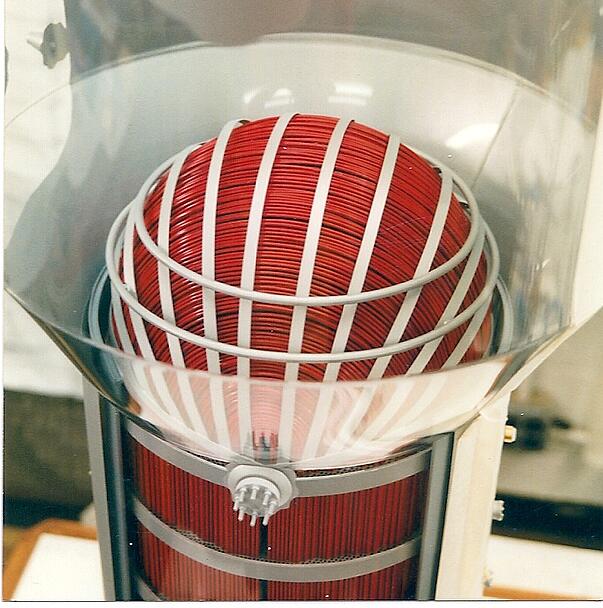 The lower half of the steam generator model shows tube bundles (containing hot water) in lattice grid assemblies and one of the manways (with the bolts) in the middle. Every bolt on the manway covers and every latch on the hatch doors is shown on the model which is important as there is a specific sequence that should be used when opening each one.

For more information on this and other nuclear models please reference a 5 page interview titled "Bill Baines: On the use of steam generator modeling at Calvert Cliffs" in the April, 2003 issue of Nuclear News magazine published by the American Nuclear Society (ANS). Go to this link docs/2003-04-01-NuclearNews-SteamGeneratorModel-ModelBuildersInc.pdf .

Calvert Cliffs also has a scale model of their reactor vessel and its internals.  Bill Baines, the program administrator for the Engineering training program, oversees the initial and continuing training of about 180 engineers and analysts at the plant.

In the U.S. nearly 20% of power comes from 104 reactors which were mostly built between 1967-1987. Upgrades to existing equipment such as to the two Calvert Cliffs steam generators are where scale models are used for planning meetings as well as for training. The models allow everyone to see how the old and the new steam generators differ and what the workers could expect to encounter.The models provide project personnel with a visual 3-D model that shows how components might interfere with each other during removal and installation.

The US Department of Energy and some nuclear plants are also using a site model for planning and reviewing security procedures on a regular basis. Communication is easier when everyone is looking at the entire area being discussed.

If you have any questions or would like to discuss nuclear training models, site models or other projects contact us at Model Builders, Inc. 773-586-6500 or info@modelbuilders.net .