A topographic model Christmas snow scene was built for the headquarters office of one of the largest department stores in the United States. The ojective was to display to employees and visitors some of the merchandise featured that season in their stores. Model Builders, Inc. designed and constructed a 30 X 50 foot topographic model Christmas display snow scene as the backdrop for the merchandise. Also a steel platform 12'X 12' X 5' high was constructed in the middle to raise the bottom of their Christmas tree to the top of the snow scene. 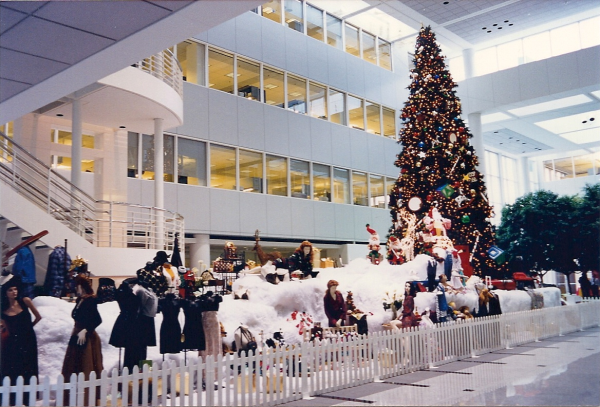 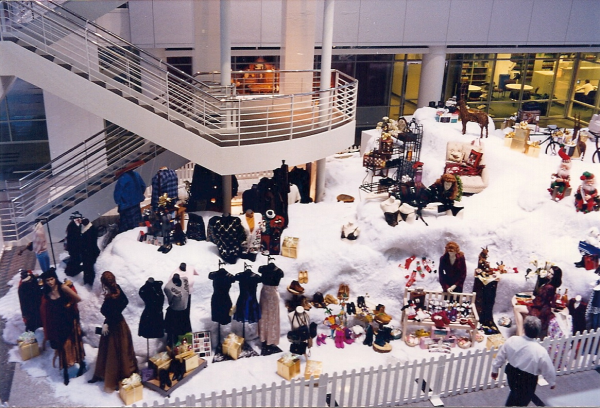 Views of the Christmas snow scene were excellent from four interior levels in the atrium, nearby stairways and three atrium cross bridges. 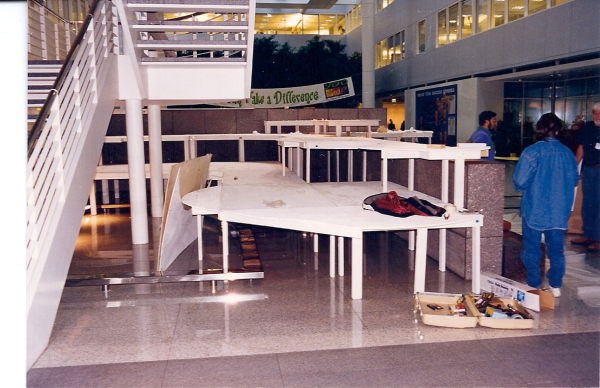 All supporting tables had removable legs for easier storage and this Christmas display snow scene was used for several years. Four 4'X8'X5' high tables with one 4'X4'X5' high table in the middle formed the 12'X12' base that supported the 33' high Christmas tree.  The legs, framing and cross supports for tables that supported the tree were all steel with 3/4" thick plywood tops. 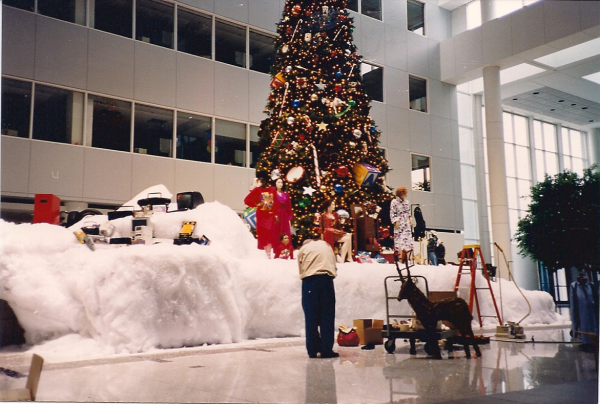 Headquarters professional merchandising personnel displayed all of the products as well as setting up and decorating the Christmas tree.

The multilevel snow scene created quite a backdrop for the merchandise. 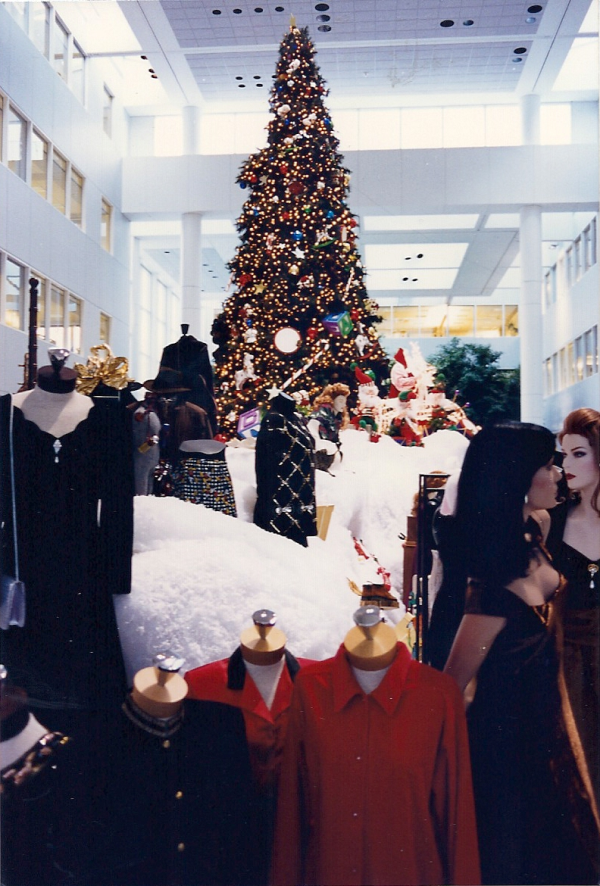 This was certainly a winter wonderland that brought the excitement of the Christmas shopping season to their headquarters.  It also served as a backdrop to some holiday events that were held in the atrium.

If you have any questions or would like to discuss topographic models, props, scenic sets, architectural models or other projects contact us at Model Builders, Inc. 773-586-6500 or info@modelbuilders.net