The Saudi Aramco Exhibit is in a high-tech museum near Saudi Aramco's headquarters in Dhahran and is dedicated to energy education. There are 8 permanent sections to find out about oil production, Saudi Aramco's history and Arab-Islamic history. Also included are many temporary exhibits. Important information is combined with fun for youngsters and the family as well. There is a 3-D film "Energy to the World", a variety of ingenious hands on displays and interactive computer games to involve, intrigue and educate visitors. Every year the exhibit attracts tens of thousands of school children and international visitors.

The Saudi Aramco Exhibit opened in 1987. It features three dimensional models such as the 7' high detailed oil rig model shown below.

Oil was first discovered in Saudi Arabia in 1938 and ARAMCO later became the largest oil producer in the world. The exhibit dramatically tells the story of the petroleum industry and relates it to over 10 centuries of Islam (from the 7th to the 17th Century) technological advances and heritage. By the mid-ninth Century Arabic had become the international language of scientific thought. 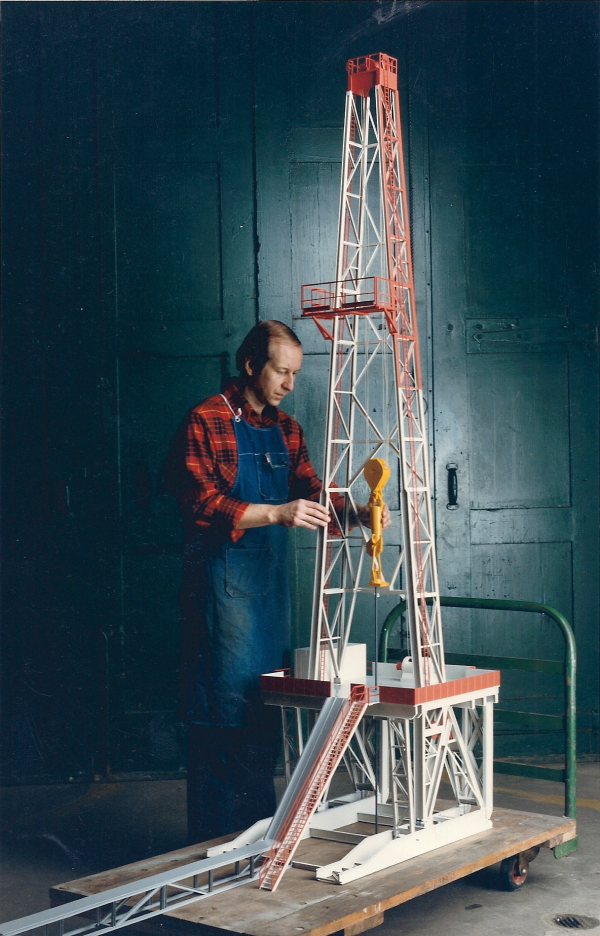 This 7' high oil rig model scale is 1/2"=1'-0" or 1:24. The model is in a scale that people can relate to and easily comprehend the entire oil rig as well as the details. 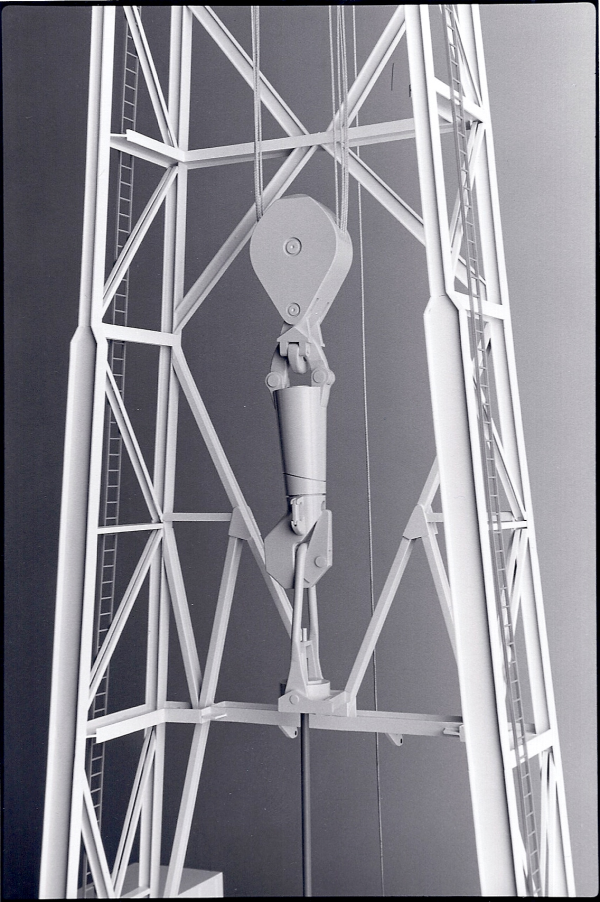 Visitors are inherently attracted to a highly detailed model such as this oil rig that looks realistic. The traveling block and hook above are part of the hoisting system. Below them is the swivel which is part of the equipment that rotates the drill. This is a Loffland Brothers Rotary Rig.

The model is all brass construction that is silver soldered into a very strong welded bond that enables this fine level of model detail as well as durabilty. It will withstand exposure to extreme temperatures if it is ever displayed outdoors or transported in a vehicle that is not air conditioned. 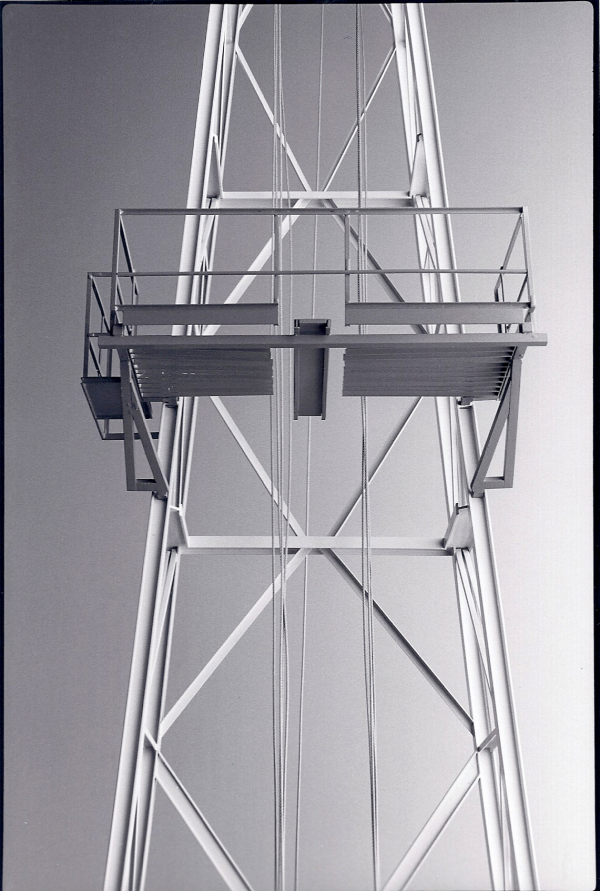 Fine detail like the monkeyboard platform is possible with the strong silver solder welding of the brass. The monkey board is used as the oil rig man’s work platform. The monkey board is located at a particular height in the derrick or mast. It is the same height as single, double or triple pipes. 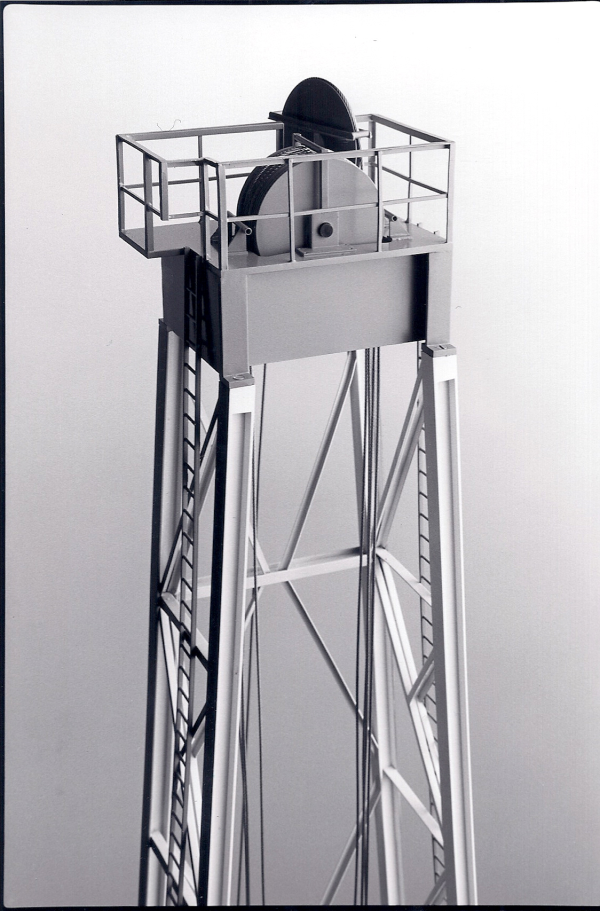 The crown block is a fixed set of pulleys (called sheaves) located at the top of the oil rig mast over which the drilling cable is threaded. The companion blocks to these pulleys are the traveling blocks. By using two sets of blocks a great mechanical advantage is gained. Consequently small steel drilling cable (3/4" to 1-1/2" diameter) can be used to hoist loads many times heavier than the cable could support as a single strand.

Colorful museum catalogs at the entrance (according to the Saudi Aramco World magaine November/December 1992 issue) go right to the point of the Exhibit that "it is meant to be a place for joyful learning...a carvansary for the curious" revealing secrets about the past, present and the juxtaposition of the two".

If you have any questions or would like to discuss oil rig models, site models, ship models, plant layout or process models, industrial models, nuclear training models, topographic models or other projects contact us at Model Builders, Inc. 773-586-6500 or info@modelbuilders.net .