Iterative prototypes and models are often key to a successful product

Why do so many products fail in the marketplace? Maybe it is because the developer of the idea didn't do an adequate job of creating a series of prototypes and reviewing them with potential users.

1) The initial idea can be expressed as simply as on a napkin sketch to convey an initial product idea. At first an idea is normally just that with no physical prototype. The Smithsonian has a wonderful exhibit called "Doodles, Drafts and Designs"  that shows examples of this earliest stage of a new idea for a product (see http://www.sil.si.edu/exhibitions/doodles/ ).

Below is a sketch of a ashtray idea for the Scenicruiser bus by Raymond Loewy Associates. 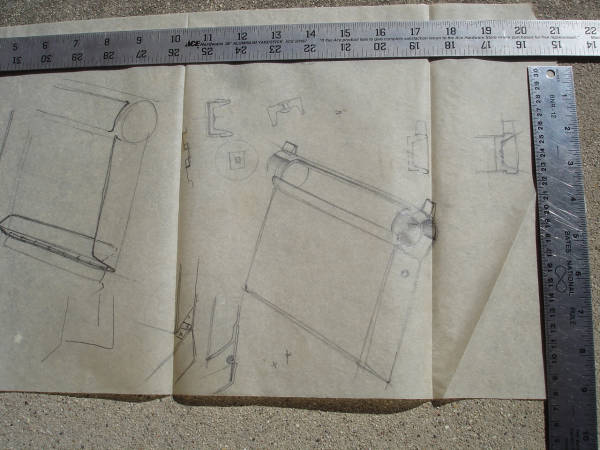 2) A simple prototype model can be an early representation of the final product. It could be as simple as taping or gluing a few pieces of material together. The potential users then have the chance to get a general picture of the product idea that is in development with requirements that are not entirely known and give their reactions to it. Our rule of thumb here is that less than 25% percent of the population can visualize things well in three dimensions unless it is built first in three dimensions.

4) In the words of David Kelley, the founder of industrial design firm IDEO, design is now a team sport. Model makers at IDEO are more frequently getting involved much earlier in the development of new products to help create the idea before it is physically made. The industrial designer doesn't dictate the design or necessarily be in charge of it.  Instead a team of people with diverse backgrounds (human interaction, user interface, product design, engineering, manufacturing, model making and more) works together to collaboratively and iteratively build on each others ideas. Make sure you have a model maker on your team because your product ideas are far less likely to be a success if you don't.

5) MIT Professor Eric von Hippel, the author of the books "Democratizing Innovation"  and "The Sources of Innovation", observed that users are often the ones who develop a product when they have a need for a new or better product and a place where they would use it. They are ahead of others in a important market. 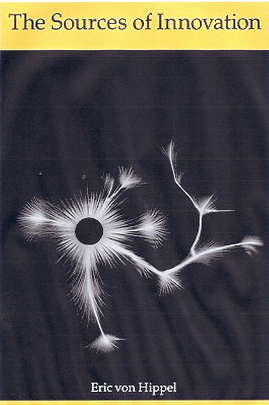 "von Hippel also proposed and tested some implications of replacing a manufacturer-as-innovator assumption with a view of the innovation process as predictably distributed across users, manufacturers, and suppliers. Innovation, he argues, will take place where there is greatest economic benefit to the innovator." Here is a video on lead users studies that 3M did to find lead users to work with to create some of their new products. See: http://www.youtube.com/watch?v=tNKrX1QxN6U&list=PLD4C0E9AEDF085119 .

6) It is hard to fail if you show prototypes to those who would use the final product and get their feedback. Potential users get the opportunity to test the functionality of the prototype and give feedback to help improve the product.

For additional information you may want to review our blogs including this one "How successful product development was done with a model shop's help" at http://modelbuilders.net/blog/bid/192523/How-successful-product-development-was-done-with-a-model-shop-s-help .