Industrial designers - 5th of 5 books on the greatest product designs

"The Origin of Things Sketches, Models, Prototypes" is our fifth book review of the greatest product designs. It was published in 2003 in Rotterdam and accompanied an exhibition of the same name from May 10, 2003 to July 27, 2003 at Museum Boijmans Van Beuningen, Rotterdam.

This interesting book covers quite a wide range of products and how they were developed. Each product is explored on an average of eight pages and many interesting design questions are explored. For example the paper clip on the cover of this book looks like a perfect example of form follows function but in fact since the late 1800's there have been patent applications for over 30 paper clip designs that work quite well.

This book focuses on the processes through which new ideas are transformed into products. The industrial designer here is framed as a good leader of a team of several disciplines - design, marketing and technology. Thirty three products from 1862 to 2003 are reviewed to explore what processes (Sketches, Models, Prototypes) the industrial designer utilized to turn  a new idea into a product. The first fourteen pages discuss the product design process of the Netherlands first industrial designer Wim Gilles. Below we review 4 of the 33 products. 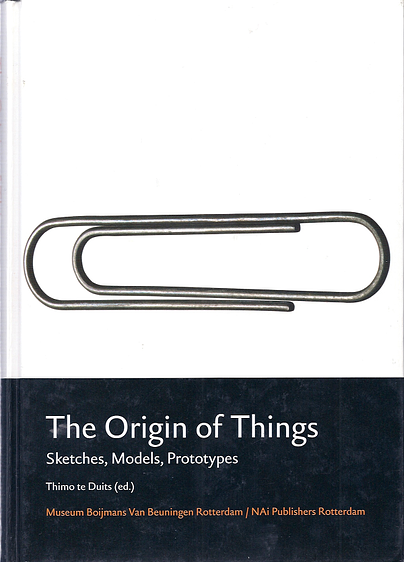 When the DRU company developed a new kettle in 1954 industrial designer Wim Gilles based his design on new insights and analysis. In fact the company's existing design they had discovered  performed very poorly. Giles changed the design. The position of the handle in relation to the center of gravity for filling or pouring was optimized, the angle of the spout improved, the bottom was flat to help heat up the sides for a more even heat, and space was added to the top so that there was space at the top for steam when the kettle was filled (this prevented water from coming out the spout). For its time this kettle was a prime example of the value of industrial design and in 1955 was included in a technical encyclopedia. 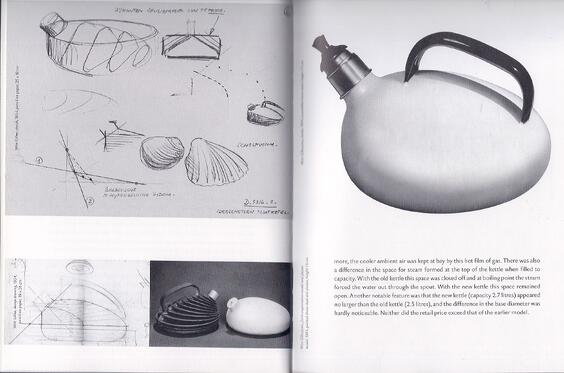 Aart Roelandt studied industrial design at the Academy for Industrial Design in Eindhovven and later received the incentive prize from the City of Amsterdam for his recumbent bicycle design. First he built two recumbent bicycle designs in graduate school. Then working with an engineering firm they came up with four prototypes to figure out the correct ergonomic position. Two years and 500 test rides later they were ready for production. The recumbent bicycle was not a new idea but the Roulandt was the first to be mass produced. The design advantages include a sight line that is parallel with the horizon for better visibility and a much more comfortable ride since the back, stomach and wrists are not squeezed up.

The first suction based vacuum cleaner powered by electricity was developed in 1907. The basic technology was not changed until James Dyson turned the industry upside down by removing the bag since it clogs with dust and reduces the suction power. His first attempt was to build a working prototype from cardboard and tape attached to a current vacuum cleaner. Dyson made 5, 127 prototypes from cardboard, plastic, foam and metal to develop  his cyclone technology.

After a deal with Japanese company Apex, Inc. the G-Force Cyclonic Cleaner was launched. With that success he was able to set up his own research center and manufacture his products in England. In 1995 Dyson came out with the DC02 a compact, cylinder version that worked because he placed the bin at an angle with a hinge for opening. It also could sit on a staircase and "climb" stairs as it was pulled along. Dyson said "it looks and behaves like a domestic pet". One year later it was the best selling cylinder cleaner in the United Kingdom and a great example of the value of using multiple iterative prototypes to develop a new product. 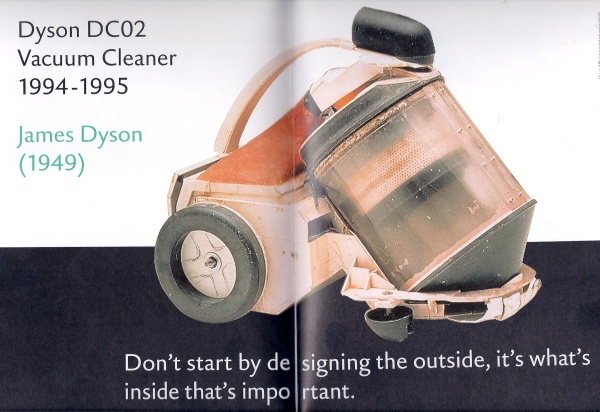 "For furniture designers and manufacturers....the quest for the perfect one-piece molded chair has been continuous for half century or more." The Air Chair 1997-1999 designed by Jasper Morrison and manufactured by the Italian firm Magis "is the closest we have come to achieving the modernest grail of the single molded chair." 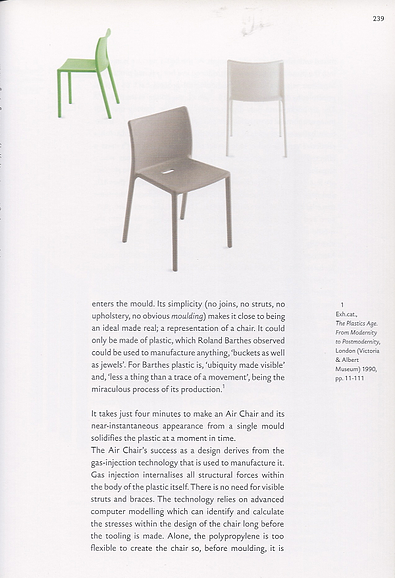 This concludes our book reviews on the greatest product designs of the last 100 or so years. Industrial designers were key to the transition from craft to mass produced products by incorporating new materials and manufacturing methods, improving function and appearance, and creating efficient designs that reduced the cost of production. At Model Builders, Inc. we have worked with many noted industrial designers such as Raymond Loewy on moving from an idea to reality with a new product. We hope these five book reviews provide insight into that process of sketches, models, prototypes - with the industrial designer as the team leader.